Our rainy season is now starting, but a couple of weeks ago I was finishing up a sunny week’s “staycation” in Vancouver with our English visitors. It was great to have a week off work and we made the most of the time, doing the touristy things we don’t often do. And, really, we couldn’t have asked for better weather!

First was an NHL (ice) hockey game, the first professional one that the English cousins had ever seen! We had amazing seats only two rows from the ice, as we watched the Vancouver Canucks beat the Edmonton Oilers in an exciting preseason game. 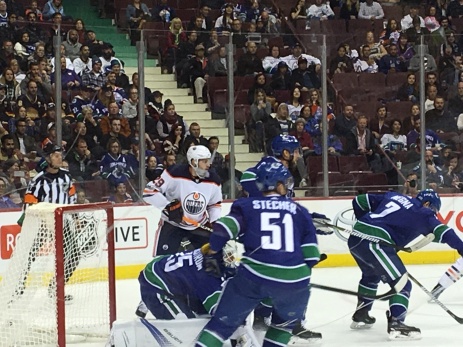 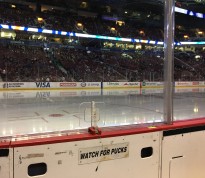 The next evening, the six of us celebrated my husband’s and my 29th wedding anniversary at Horizons, a restaurant with tasty and beautifully presented food and a spectacular view of the Burrard Inlet through the glass from Burnaby Mountain.

Later in the week, we drove to one of my favourite spots, Granville Island. This is reclaimed industrial land, turned into an island of artists, artisans, and retailers, complete with a large public market and children’s areas. The day was just perfect for wandering around, poking through the little shops, and then having lunch overlooking False Creek. 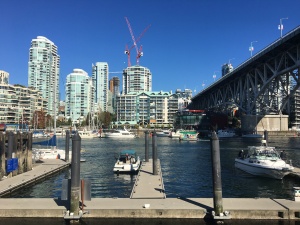 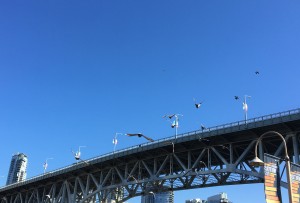 The cousins really wanted a good cup of coffee, so we drove to Commercial Drive, an eclectic neighbourhood famous for its independent coffee shops. We drank cappuccinos and lattes at Renzo’s, with its mural depicting some colourful characters against the blue Vancouver sky. On the wall behind the counter is a framed piece of the old awning that hung outside when Renzo did his tailoring there. His son Andre took over the shop and turned it into the neighbourhood coffee hangout across from the park, and both father and son were in the shop that afternoon. 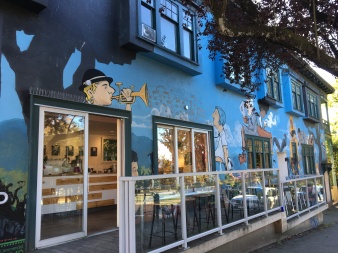 Grouse Mountain on the North Shore is another not-to-be-missed tourist spot, reached via an aerial tram rising up the 3,700 foot mountain. Well, to be accurate, many people climb the mountain using a rugged path called the Grouse Grind, but you have to be in pretty good shape to do it! We took the tram. (Standing in the middle of the tram, I had to hold my phone high above my head to take photos, as people crowd right up to the windows to get the best views.) On this sunny  and cloudless day, from the top of Grouse we could see all the way to Mount Baker in Washington State. Incidentally, this week when my husband and I were watching Lucifer, we noticed that some of the action was filmed in the chalet on Grouse — with an intentionally (I hope) exaggerated stereotype of a “Canadian” greeting Maze (the demon) at the “front desk”!

Up on Grouse, there are two grizzlies who were rescued as cubs 16 years ago, after their mothers had been killed. The cubs required a lot of human intervention at first and so, after it had been determined that they could not be released into the wild, 5.5 acres of the mountain were enclosed behind an electrified fence so that Grinder and Coola could live as naturally as possible. This is part of the wildlife refuge on Grouse and the hope is to learn enough to be able to do enclosures like this in the wild, so that for future rescues, bears can remain in their own habitats, allowing them to be released when they are self-sufficient. Via the hidden camera in the grizzlies’ hibernation den, the researchers also discovered that, contrary to popular belief, bears do not actually sleep continuously for the season! They actually maintain their muscle tone by getting up once a day to move around and stretch, before going back to sleep! 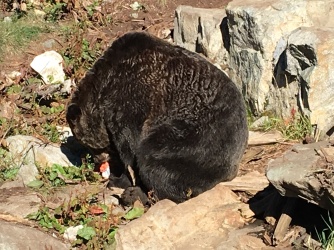 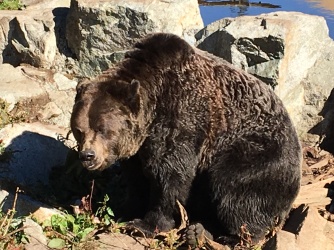 The final night of our visitors’ stay, the sunset was a brilliant sight, with the clouds perhaps foretelling the rainy period that was coming. We feasted on turkey with all the trimmings at our traditional Thanksgiving Dinner, again a first for our guests. 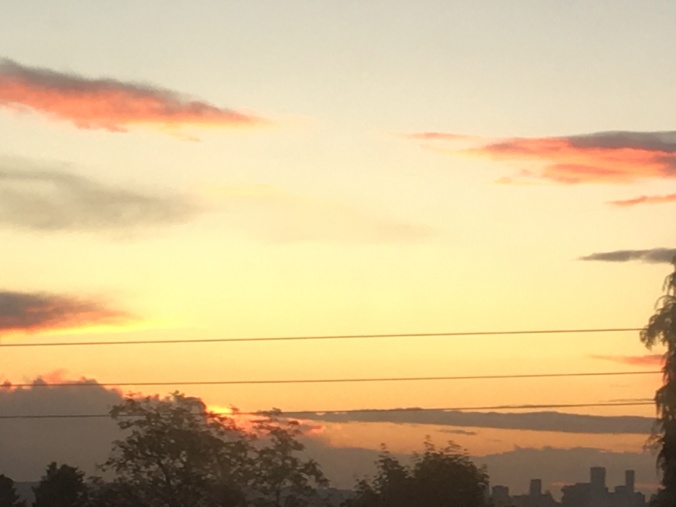 We had a really good time being tourists in our own city. I’m hoping that we can make time in our hectic schedules to continue to exploring — even without visitors in town.