So, how do I get myself back into regular blogging? It’s not that I don’t have any topics… in fact, my backlog of ideas is so long that I don’t even know where to start! Overwhelmed by choice! (A bit of a longer post today to hopefully get me back into the rhythm.) But really, it’s been a tough year.

Things got more hectic exactly one year ago today, when my new boss started with very big plans for growing the organization, in size, in reach, and in reputation. And even though I’ve divested myself of one of my four main areas of responsibility, the transition hasn’t fully happened yet and, regardless, new tasks have been added to fill up the non-existent free time. So, the 60 to 80 hour weeks seem to be continuing. (We had a 3-day weekend for Canada Day and I worked all three days.) 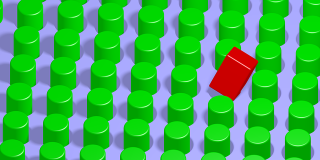 Add to that the stress of my younger son’s last year of high school, a year in which he decided to take on more than a full course load because he was interested in the extra subjects, and it’s surprising I even have energy to breathe. He worked really hard, though,  and (drum roll…) — he made it through!  For his next adventure, my younger son has been accepted to study audio engineering and  music production at a school that seems like a good fit for him and he’s really excited. No more trying to push that square peg (him) into a round hole (school system).

Getting home one night when half the family was already asleep, I folded my older son’s laundry. I texted him the next day to ask if he’d noticed that the laundry fairy had folded his clothes. His response: “I did… I knew it couldn’t be you cause you don’t seem to live here anymore.” And of course it was in the midst of all this craziness that my husband decided it would be a good time for us to invest in a rental property. (???) Not able to take on any more stress, I just took a cursory read of the papers and signed my life away. Now we are landlords. (Can we actually afford this with the school fees coming up? No idea. He got to me when my resistance was very low. Time for some severe budgeting.)

So, what else has been happening?

This week I went to a facilitated networking event that turned out to be pretty useless, unfortunately. I thought it might help me get more comfortable with networking, as my boss wants me out there meeting with politicians and bureaucrats. I’m pretty comfortable nowadays speaking at the front of the room where I really am just playing a role, but I don’t really like schmoozing.

Anyway, the only exercises he did with us were the really uncomfortable ones where you stare into someone’s eyes without talking for a minute or two. It’s supposed to teach you that you won’t actually be attacked by wild animals if you interact with someone you don’t know. (I never actually thought that I would be.) I was paired off with this amazingly good looking blond guy during the second try at this. As the leader stretched the exercise to a full five minutes (which is a really long time in that situation), I had the not-too-painful experience of gazing into gorgeous blue eyes above chiseled features, a good six inches above my eye level. Had a bit of a Swedish look — or is that just because I am listening to the audiobook of A Nearly Normal Family by Swedish author M. T. Edvardsson?

At the end, he asked us to imagine we were the hero of a movie and what we would say the other person. I imagined that I would probably say, “♫Anyway, the thing is… what I really mean: Yours are the sweetest eyes I’ve ever seen.♫” (Can you tell I’ve seen Rocketman recently?) On the other hand, given how much younger the guy was than me, I imagined that his line might be, “Mum?” Sigh.

The next morning, I went to a cyber-security seminar to learn more about some of my beefed up responsibilities. I arrived just as the speaker was starting and looked around for a vacant seat at one of the tables. Most of them had bums in seats or a bag seemingly reserving them. I finally spotted one across the room and scooted behind a woman to put my coffee cup in front of the empty seat.

“I had my foot on that,” she said indignantly as the woman beside her glared at me. She had discretely hidden her foot under the table cloth, but really, who does that? Someone else moved their bag to offer me a seat across the table and I sat down, stealing glances at the meanies on the other side. To her credit, at the break, the foot lady did come over and say, “I’m sorry. I think maybe I was rude earlier.” Um, yeah. Oh well.

The venue was an old world sort of place, and there was a view from the window with a similar juxtaposing of new and old as in the one I captured in Toronto. Plus this cool Salvador Dali sculpture was situated nearby. (Wow! I just found out that it was worth $2.8 million and should have had a golden egg on the stomach, but the egg was stolen last weekend!) 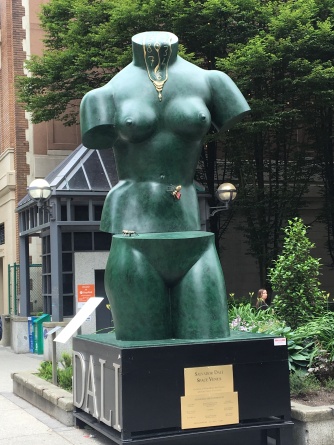 Oh and by the way, even with the warmer weather, the rats seem to have been nibbling at the wires in my and my son’s cars again. (Why don’t they ever do this to my husband’s car?) The neighbour had told me that their cat has brought home 7 rat trophies in the last couple of months, so I had hoped we’d seen the last of them for a while. But there are droppings under the hood, my various dashboard lights have come on again, I suddenly have poor acceleration (just like before) and my son had to replace the battery in his only three-year-old car. Did I mention the weird sound that I had heard in the alleyway behind the house on several nights? I thought it was branches scratching on metal in the wind or something, but then I heard a recording of rat sounds and knew what it was I had heard. Freaky.

End of the Day

Finally, I took a drive tonight and saw this beautiful sunset over the mountains. 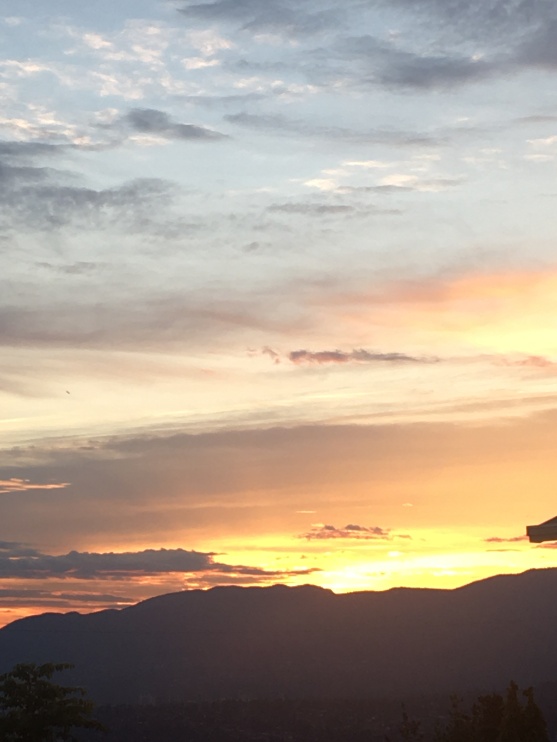 Off to bed now. Another busy week coming up. (Scenery shots are mine. Other illustrations are from Pixabay.)