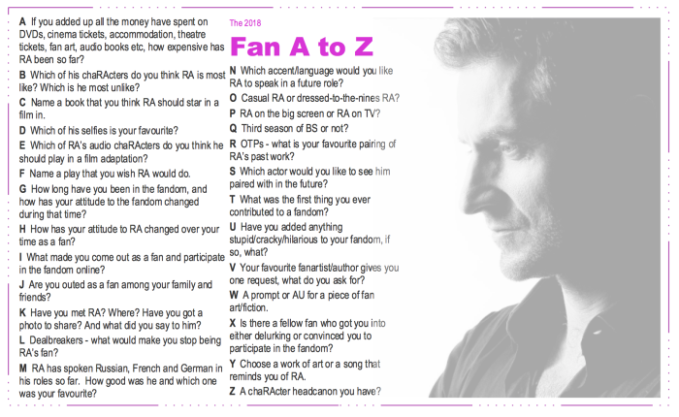 Guylty has issued another fun fan challenge, in the form of a Fan A to Z. I finally have a few moments to tackle the first letter only, so, here goes…

A. If you added up all the money spent on DVDs, cinema tickets, accommodation, theatre tickets, fan art, audio books etc., how expensive has RA been so far? 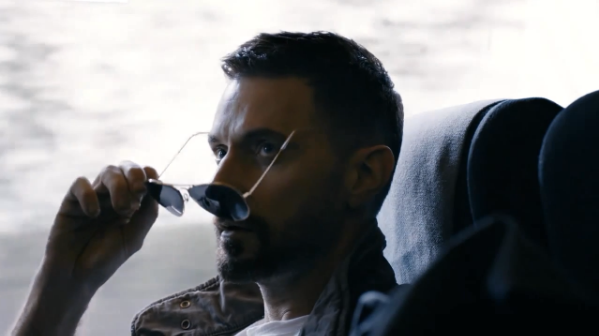 Our Richard is definitely an expensive date! I probably started being a fan around 2011, but my early spending was small while I immersed myself in North and South on Netflix and Spooks (MI-5) from the library. My husband supplemented my viewing with a requested gift of the BBC Robin Hood boxed set which again kept me busy for a while. In 2012 I went to see the first film in The Hobbit trilogy only because Armitage was in it. So that was probably the first spending I did myself.

It’s been really educational (and a bit scary, truth be told) to see how my spending has increased over the years. I feel like I should include the gifts, because I could have asked for something else from my family but instead I had them feed my Richard addiction. So, all told, it’s probably a little over $700 CAD so far:

And that’s not including offshoot spending, like fan fiction (Margaret of the North) or book continuations (The Last Kingdom series) or even my WordPress subscription! Most surprising might be the amount I’ve spent on audiobooks and the like. I had never listened to an audiobook before, other than a few with my kids when they were younger, but now I usually have something going in the car, even for short trips.

I also notice that my spending is escalating… 2018 is only half over and yet I’ve already spent $140! If Richard keeps the pace up with audiobooks, I will probably keep spending more and more.

Well, that’s all I have time for now. More to come…

7 thoughts on “Richard Armitage Fan A to Z Challenge: A”