It was a pretty good day for a Monday.

I started the day in the car listening to the third episode of Marvel’s Wolverine: The Long Night. I’m continuing to enjoy it, as they weave in more characters, more details, and more pieces of the puzzle. Once again, there is only a snippet of Richard Armitage as Logan, but a really effective one. The Marvel After Show interviewed one of this episode’s actors, Michael J. Burg, who spoke about working on the set with the various props. A second guest was producer Jenny Radelet talking more about the choices in sound design and staging.

In the afternoon, I took a break and went onto WordPress … and found that I had won the Shamrock RAPS in the Paddy’s Day Raffle over on Guylty Pleasure! How fun is that? I really love Guylty’s very specialized cRAfts.

On my drive home, I was just in time for this spectacular sunset. 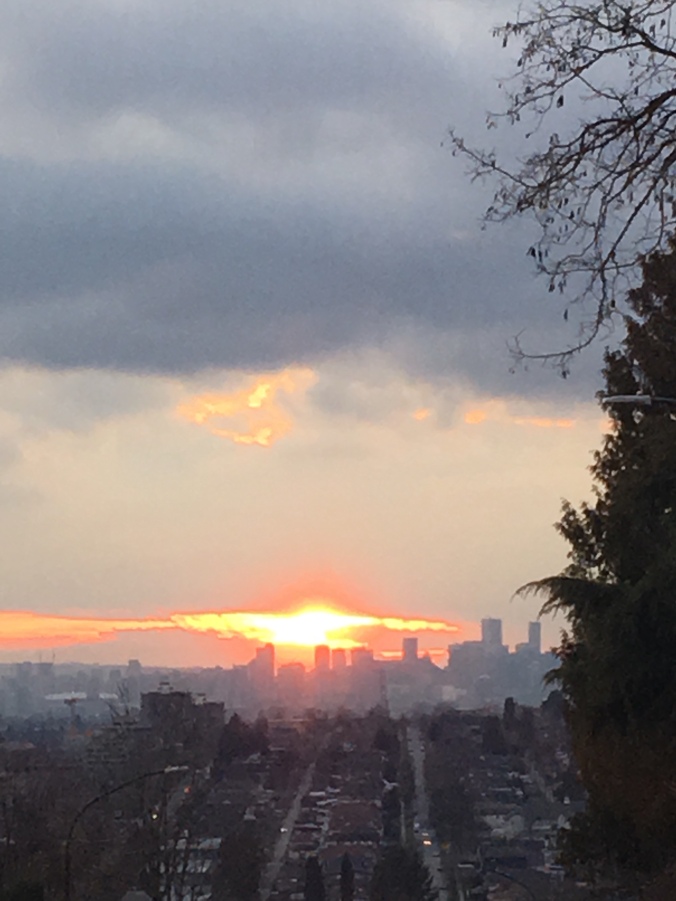 It almost looked like the sky was on fire!

Finally, late this evening I watched the first episode of Season 2 of Marvel’s Jessica Jones, which dropped on Netflix on March 8. Krysten Ritter does a really great job as this broken superhero, who earns her living as a PI and drinks at night to try to still her demons. In the first season, she was emotionally tortured by Kilgrave (David Tenant) and did battle against him. In this season, she must confront her earlier past to find out what turned her into what she has become. A good start to the season with very raw emotions. (And as an aside for those who have listened to Wanderlust, her friend’s boyfriend is an English guy named Griffin!)

Here’s the Season 2 trailer. (Imagery and language may be disturbing to some.)

Let’s hope the rest of the week is as good as my Monday was!

11 thoughts on “A MARVELous Start to the Week”