Why would the guy who admittedly preferred to stay inside reading rather than play footie (or presumably other sports) with his brother remind me of rugby? Well, as I was mentioning to Kate the other day, there are these screenshots on RichardArmitageNet.com that show just how suited those legs were for the rugby-short look in 2003’s Ultimate Force (which I haven’t actually seen yet).

It reminds me of the days when I used to watch my then fiancé/new hubby play rugby in the late ’80’s when the shorts were even shorter! I would sit and read my book in the sun, watching the guys  😈 run across the pitch.

1988 image of a match in Australia snagged from YouTube

Funny thing… when I was looking for the Armitage rugby pictures to share with Kate, I came across what I first thought must be some cute fandom joke — an English rugby payer named Guy Richie Armitage! Apparently not a joke… and definitely not our Armitage! (Can you imagine our Armitage with this hairdo??) 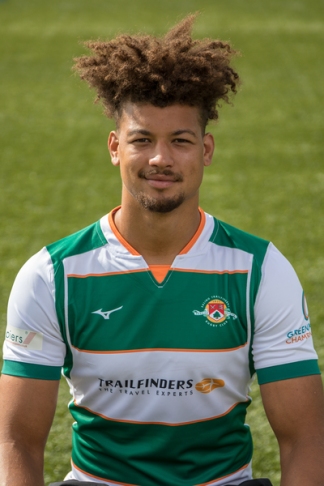 Speaking of first and middle names, did you notice that Richard Armitage’s character in the upcoming Netflix series, The Stranger, is named Adam Price? Seems meant to be, given that we learned in Berlin Station S3 that Daniel Miller’s middle name is Adam and his undercover surname in S2 was Price! What are the chances?

And following the rugby theme into The Stranger, Serv pointed out an Instagram post where Armitage’s castmate, Shaun Dooley, shared his olfactory method of getting into character:

Personally, I prefer my men to just smell like humans, not being a bit fan of scent of any kind, but to each his/her own. According to Sephora, this scent goes for $108 CAD for 3.4 ounces! “…Invictus is the fragrance of a champion. Inspired by sporting and the thrill of competition, this aquatic, woody fragrance blends the excitement of sport with dreamlike elements that celebrate victory and power. A truly magnetic scent, it embodies masculine strength.”

The rugby connection of course is to the movie, Invictus, about Nelson Mandela and Springboks’ captain François Pienaar and the overcoming of great odds to bring the team to victory in the 1995 Rugby World Cup. (The film was used in the leadership course I took in November to demonstrate many aspects of good leadership.)

The advertising of the fragrance includes this video of Nick Youngquest, an Australian model and former professional rugby league footballer.

Well, I guess Shaun Dooley can at least smell like him.

27 thoughts on “Richard to Rugby”